[Dave’s note: Kevin has been too modest below. His injury would have caused most people to give up even trying to walk without a cane ever again, much less train. His mental, emotional, and physical fortitude are beyond compare, and I’m glad he’s my friend, and a Vintage Strong athlete.]

In late July 2012 I found myself in a nursing home, immobilized from the hip to the ankle. I had just had both of my quadriceps tendons re-attached after tearing them in a fall. As I spent the next ten weeks lying in a bed or sitting in a wheelchair with my legs sticking straight out in front of me, I had to come to grips with what my future would hold. The orthopedist told me that I would never have full motion in my knees again; most likely, if I regained 90 degrees of flexion it would be a monumental achievement. He told me that I was done with any sort of lifting other than upper body lifts.

Dave had been working with me prior to my injury and continued to keep up with my recovery. It was obvious that he was concerned not just with my athletic performance but my quality of life post-surgery. Once I was clear of my physical therapy and could begin to walk around without any supportive equipment (I had it all- wheelchair, walker, crutches and cane) I began to talk to him about going back to training. He told me that we would be patient and keep at it, but he was keenly aware of my limitations and always made sure I was not at risk of re-injury.

We began working at a level that most would consider ridiculously easy, but we kept at it and made gains at a good pace. Almost four years later, I am within striking distance of legal IPF depth in the squat, and I am successfully competing in bench press/deadlift competitions. Every day, through his encouragement and guidance, I see myself regaining more and more function.

The progress has been slow – irritatingly so at times – but steady. Dave has been totally involved: pulling me back when I pushed too hard and urging me forward when he knew I had more to give. I fully expect that in the very near future I can compete in a full meet and hope someday to hit the stage at USAPL Raw Nationals.

Vintage Strong is more than just a name, or a coach. It is a life choice. 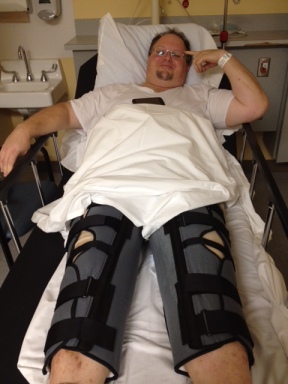 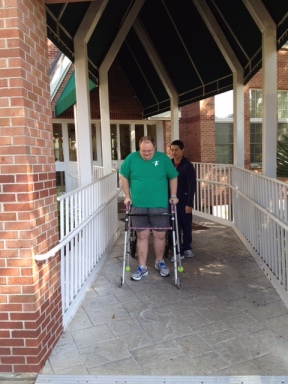 Kevin post-surgery and during his rehab 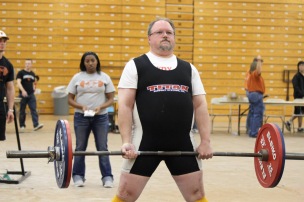 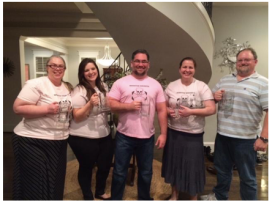